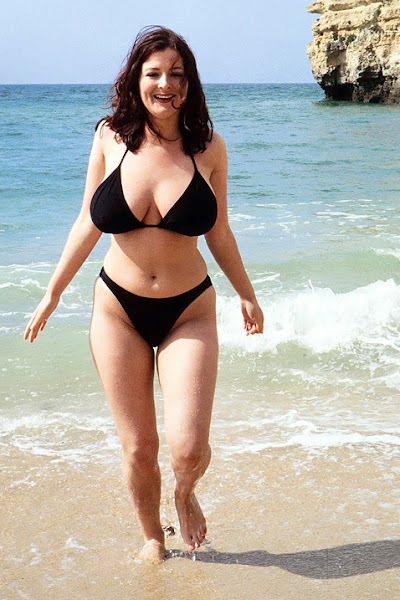 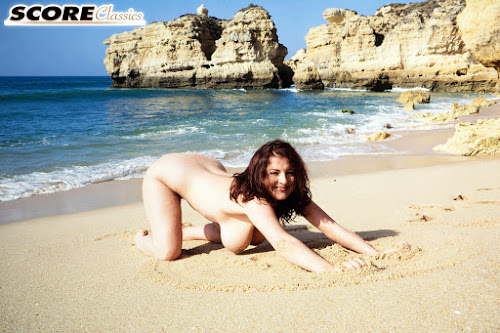 "Lorna Morgan is at the beach in Algarve Portugal in 1999. The SCORE team had rented a villa in this tourist town for a week of undisturbed photo shoots. Or so they thought. The beaches were among the most unpolluted in all of Europe. The beachside geography itself has a kind of prehistoric look. "So that I wouldn't frighten any children, all the beach shots were taken really early in the morning," Lorna remembered. "There were lots of suspicious elderly people on the beach at 7AM. They stayed put and watched all the shoots. Sometimes they came really close for a good look and I would just carry on regardless. "I had to be up at 5AM and be in full make-up no later than 6AM. "......ScoreClassics.com